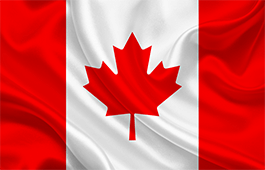 70 laps around Circuit Gilles Villeneuve, at least that’s what we were promised. In the event, model Winnie Harlow waved the chequered flag on lap 69 cutting the race short…

This mistake wasn’t Winnie’s fault, she was following instructions from an official on the start/finish stand. That man was ‘the starter’. He had one job, and quite how he managed to get it so wrong is still open for debate.

The drivers kept racing until lap 70 regardless, and as it happens the outcome of the race stayed the same. Only Daniel Ricciardo can feel slightly aggrieved because he lost out on his fastest lap title to teammate Max Verstappen.

The race started dramatically with Brendan Hartley & Lance Stroll crashing out. We’ve watched the replays several times and believe it was an oversteer from Stroll that pushed the Toro Rosso man into the wall. Luckily neither were injured.

A safety car ensued and when the race got going again Sebastian Vettel surged clear. Mercedes and Red Bull tried to close but the fact is the Ferrari was the fastest car on the day and Vettel never came under any real pressure from that point onwards. He was visibly delighted with the win, saying afterwards: “Perfect is a good way to describe it. I said yesterday how much this place means for Ferrari. To have a race like we have today is unbelievable.”

Mercedes F1 boss Toto Wolff was less impressed and described the result as a: “major wake-up call”. Canada has been a happy hunting ground for Mercedes in recent years. The fact they could not excel at this high-speed circuit is worrying, not least with Circuit Paul Ricard, Spielberg and Silverstone up next on the agenda.

Kimi Raikkonen put in another uninspiring stint. We know the Ferrari was the fastest car and his 6th place finish did not set the pulse racing. Kimi’s problems started on Saturday when a mistake in Q3 left him 5th on the grid. The race was no better and Ferrari should really have been aiming for a 1-2 finish here, which leaves the question, is the Finn the right man to partner Vettel next year?

If it’s any consolation to Raikkonen, McLaren & Williams had an even worse weekend. Alonso was forced to retire in his 300th GP. Teammate Stoffel Vandoorne finished in P16, one place ahead of Sergey Sirotkin, who was last. Lance Stroll of course crashed out on lap 1. McLaren brought in an engine upgrade for Canada, which makes their result even more disappointing.

The lack of overtaking in this race didn’t go unnoticed. Lewis Hamilton picked up on this, saying: “I heard today there were less overtakes than in Monaco”. This should be a huge concern for Liberty Media. All F1 fans want to see exciting racing, and we hope the inaugural French GP in two weeks’ time serves up exactly that.