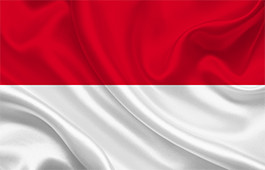 Monaco is the jewel in the F1 crown, it’s the race that every driver has childhood dreams of winning and it’s the most glamourous destination on the circuit. Sounds great right? The only problem is that this year the Grand Prix itself was a little bit dull…

Fernando Alonso described it as “probably the most boring race ever,” while Lewis Hamilton said the 78-lap race was “intensely boring.” When two drivers of this calibre are so openly critical you know you have an issue.

What was the problem? Overtaking in Monaco has always been difficult but with the wider cars this season it’s become more difficult than ever. Softer tyres exasperated this as we saw faster lap times but then drivers could not push to the limit as they tried to conserve their tyres. A two-stop race would have been suicide, and as a result we witnessed a procession.

There are calls to change the format of the race. Would a mandatory two-stop policy work? Or, should the circuit itself be changed? Lewis Hamilton suggested this saying: “I spoke to Prince Albert the other day and said maybe we should make it longer… There are more roads so maybe we can change this great track and make it even better.”

One man who was not bored is Daniel Ricciardo. The Red Bull driver suffered a loss of power – costing him 160hp – but he managed to defend against Sebastian Vettel for most of the race despite being around 20km/h slower on the straights. When asked where the race ranked in his career, Ricciardo replied: “I think it was definitely my best weekend and the most satisfying”.

Red Bull looked superb all weekend a really should have had a 1-2 finish in the race, were it not for Max Verstappen suffering a rush of blood to the head during P3 on Saturday. He damaged his car so badly that it could not be repaired in time for Qualifying, meaning he started last on the grid. Helmut Marko was not amused, labelling the crash as ‘unnecessary’.

Liberty Media’s primary focus is to increase the global following of the Sport. To do that you need exciting races, and we may well see some tweaks to the current setup in Monaco to encourage this.

Boring though it was, don’t be discouraged from booking a trip to the Monaco GP. It has the best hotels, best parties and the most beautiful setting in F1. If you can’t enjoy yourself in Monte Carlo, then there’s no pleasing you.