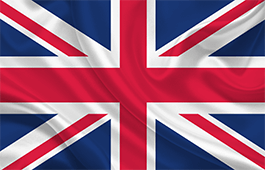 This weekend we celebrated Silverstone’s 70th Anniversary. Everyone hoped the race would befit the occasion, and we were not disappointed. The last ten laps were probably the most exciting we can remember at any Grand Prix.

In the midst of a heatwave, 130,000 fans packed into the circuit on Sunday. Most of them were supporting local hero Lewis Hamilton, so were left dismayed as Hamilton’s wheelspin off the line allowed Vettel and Bottas to pass him. Worse still, Kimi Raikkonen clipped Hamilton’s right rear tyre at turn 3, sending the Mercedes driver into a spin and to the back of the pack. Raikkonen received a 10-second penalty but this would be of no comfort to Lewis.

What followed was one of the best comeback drives of his career. A series of overtaking moves, plus a couple of Safety Car periods, meant Hamilton clawed his way back up to second place by the end of the race. Title rival, Sebastian Vettel, won but this was about damage limitation and Mercedes managed to do what they could not in Austria and secure the maximum points that their situation allowed.

Conspiracy theories about Ferrari’s tactics started even before the chequered flag and Hamilton himself said on the podium: “Interesting tactics from this side… It’s two races in which a Mercedes has been taken out by a Ferrari. Valtteri and I have both lost out in those scenarios.”

Kimi Raikkonen defended himself saying: “I locked a wheel and we touched. We have been hit also. That is how it goes sometimes.” But the fact the stewards deemed it appropriate to hand out a 10-second penalty to the Ferrari driver leads us to believe that Mercedes may well have a point.

Sebastian Vettel also deserves some praise, he was controlling the race before the safety cars and stayed calm even when Bottas passed him at the final restart. Vettel earned this victory through merit and now takes an 8-point lead in the drivers’ standings.

What happened to the rest? Red Bull looked slightly out to their depth this weekend. The track at Silverstone has been resurfaced and scorching temperatures made it faster than ever. The truth is the Red Bull could not match the straight-line speed of either Ferrari or Mercedes. They would have finished P5 & P6, had Verstappen not been forced to retire with a gear box issue near the end of the race.

Well done to Force India, they had their best race for a while with both drivers finishing in the points. However, this was perhaps somewhat fortuitous because it was clear Haas had the fourth fastest car on the grid this weekend.

In practice on Friday Guenther Steiner stated, “It’s just a normal day at the office” as Romain Grosjean crashed, and Kevin Magnussen was hauled in front of the stewards for an alleged blocking incident. No-one was really surprised then that the pair crashed into each other on turn 3 at the start of the race, both loosing track position. Magnussen eventually finished P9 whilst his teammate collided again, this time with Carlos Sainz, meaning he (and Sainz) finished their races in a gravel trap. Gene Haas is within his right to expect more from his drivers and there are sure to be some serious questions asked in the debrief.

What next? After its first ever ’triple header’ F1 takes a well-deserved break this weekend but will be back in 11 days’ time at the German Grand Prix.