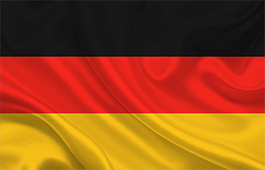 ‘It was a horror movie, with a bit of black comedy.’ That’s how Daniil Kvyat summed up the German GP in his post-race interview.

But we didn’t think so. For neutral fans, Hockenheimring served up the most dramatic, unpredictable and exciting race in a long time. It represented everything that’s great about Formula 1. And if, as seems likely, Germany is not on the calendar in 2020 then it will be a sad loss for the sport.

So much happened over the weekend it’s difficult to know where to start. The weather was the main catalyst. Friday was baking in Southern Germany. The red Ferrari’s excelled in the red-hot conditions and looked likely to claim a 1-2 in Qualifying. But disaster struck for the Scuderia on Saturday when both cars suffered reliability issues. Charles Leclerc qualified in tenth place, whilst his team-mate Sebastian Vettel would be starting from last on the grid, which left an unwell Lewis Hamilton to claim an unlikely pole.

Come Sunday morning and the heavens opened. By 2pm there were still large puddles of standing water around the track but after three formation laps (which were subsequently deducted from the race length) fans were delighted to see a standing start. It’s fair to say some cars coped better than others. The Mercedes of Lewis Hamilton flew off the line but both Red Bulls looked like they were starting in slow motion. No grip and with cars flying past on either side. Christian Horner looked worried, but his concern was ill founded as ‘Rain Man’ Max Verstappen eventually steered his car home in front. It wasn’t easy though, with a spin thrown in for good measure, which Verstappen joked afterwards he: “did that 360 for the crowd”.

Up until yesterday, Red Bull had never won at Hockenheim, and it was to the delight of the mostly orange crowd that they could buck that trend. A great weekend for Honda too, their second victory in three races and two different Honda powered teams on the podium with Daniil Kvyat’s Toro Rosso taking third place. It looked likely that Honda may claim a one-two finish but for the sustained charge of Sebastian Vettel. The German started 20th on the grid but came home an impressive second place.

Vettel has had a tough time over the past few weeks and whilst he said afterwards: ‘I know that Max finished first so it’s not a victory’, this will have done a lot to restore his confidence.
It also makes you wonder what could have been for Charles Leclerc. The Ferrari driver was closing in on the then-race leader Lewis Hamilton when a mistake at the final corner saw him skid into the barriers. A momentary lapse of concentration but, given how Vettel finished, an extremely costly one. “I feel very bad for the team, for the fans, for everyone that has been working also to put the car back together for today,” Leclerc said afterwards. “I take full responsibility for it.”

The Silver Arrows also had a day to forget when they were supposed to be celebrating 125 years of Mercedes-Benz in motorsport. A lap after Leclerc shunted the barriers, Lewis repeated the feat but managed to get away with just a damaged front wing. From his stopping position Hamilton drove across the grass to the pit lane, however he incurred a 5-second time penalty for going on the wrong side of the pit entry bollard. Anyway, Hamilton made it to his garage, but Mercedes weren’t ready for him. They managed to fit tyres and a new front wing, but it took nearly a minute to do so. When Lewis re-joined, he found himself down the pecking order but still in contention. A series of Mercedes strategy errors put paid to that. Nico Hulkenberg crashed out prompting another safety car. Red Bull took advantage of the ‘cheap’ pit stop for Verstappen. Mercedes did not. When they eventually pitted Hamilton for slicks on lap 47 he emerged down in 12th place. “How has it gone this bad?” Was Lewis’ question over the radio.

Not all was lost for Mercedes as Valterri Bottas still had a chance to challenge, that is until he spun and crashed out at turn 1… Bottas hinted afterwards that maybe the team had been a bit overzealous, saying: “I made a mistake myself but the team also told me to push hard to get to the podium. Obviously I pushed a bit too much in that corner and lost the rear-end.”

Toto Wolff did not share his views, saying: “I think in his championship battle he could have had a decent amount of points today to catch up to Lewis,” Wolff said. “Whether it was 12, 15 or 18 points but I think it should have been 18 points and I think that would have been a jump but it did not happen. A disappointing result for Valterri, just when he needed a good performance to improve his chances of a seat for next season.

It would be amiss of us not to mention Lance Stroll (4th), Carlos Sainz (5th) and Alex Albon (6th). The German GP was a race where the smaller teams needed to take advantage of a unique situation to score points. All three of the above were punching above their weight and should be praised for keeping their heads in chaotic circumstances.

There’s no time to rest now as the F1 roadshow moves onto Budapest this weekend. If the Hungaroring proves to be anywhere near as exciting as Hockenheimring, we’re in for a treat!