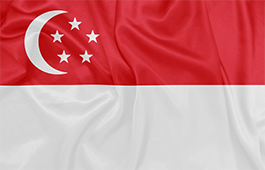 Before the race weekend everyone was debating which team would perform best under the lights. Would it be Mercedes or Red Bull? Not many gave Ferrari a chance on the twisting, turning, high downforce Marina Bay circuit. The result? A one-two finish for the Scuderia, and the first time any F1 team has achieved this feat in Singapore.

So how did Ferrari do it? First of all, credit must go to their engineers who seem to have found a breakthrough with the SF90 at tracks which require more than just high speed. Whatever tinkering they have done with the car, it has worked and it allowed Charles Leclerc to claim a stunning pole on Saturday.

Come race day and the young Monégasque can consider himself unlucky not to have achieved a hat trick of victories after winning at Spa and Monza. Leclerc scooted off in the lead and, try as he might, the second placed Mercedes of Hamilton couldn’t really close the gap.

It was Ferrari themselves who unwittingly cost their new star another race victory when Sebastian Vettel undercut his teammate with an early pit stop. The reason they did this was as a direct reaction to Red Bull pitting fourth placed Max Verstappen. Leclerc’s location out on track meant Ferrari couldn’t call him in, even if they wanted to, and so instead they ordered third placed Sebastian Vettel into the pits. The team pitted Leclerc a lap later, and expected him to retain the lead, only to see Vettel now in front.

The remainder of the race played into the Scuderia’s hands with a series of safety cars as George Russell (lap 34), Sergio Perez (lap 42) and Kimi Raikkonen (lap 49) all crashed out. To be fair, Vettel handled each restart brilliantly, Leclerc followed suit, and neither Red Bull nor Mercedes could mount a serious challenge. Ferrari deserved this win, they were much the best team over the course of the weekend.

When pressed on the finishing order Mattia Binotto said: “The undercut was effectively more powerful than expected… We were not expecting such a big number. We thought Charles stopping the lap after would come out ahead of Sebastian.” Ferrari got the dream result with a 1-2 finish, but Leclerc was understandably miffed and said afterwards: “You never undercut one car with the other in the same team; this never happens.”

It has since emerged that Ferrari considered swapping the two cars back – but did not share this with either of their drivers. Perhaps the team were secretly pleased that Vettel did come home in first place. He is meant to be their number 1 driver and has endured a torrid season so far. This victory will have done his confidence the world of good.

Will Mercedes be worried? Lewis Hamilton noted Ferrari’s improvement, saying: “Clearly their car works really well everywhere now so it’s going to be very hard to beat them, particularly as they are so quick on the straights. We can’t compete with them on the straights at the moment.”

It’s a shame for neutral fans that the Scuderia’s turnaround in form didn’t come earlier in the season. With 6 races remaining it looks as if Hamilton and Mercedes have done enough to retain their titles. But we can expect to see much closer racing for the remaining few Grands Prix and this certainly wets the appetite for next year…

If you would like the chance to experience the F1 Paddock Club at Singapore in 2020, then Club Suite prices are currently held & can be booked for next years race.