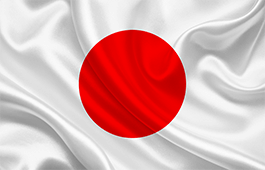 Typhoon Hagibis struck Japan on Saturday, the worst storm to hit the county in decades. It played havoc with sporting fixtures with three Rugby World Cup matches and all of Saturday at the Japanese GP cancelled. Disappointing for thousands of fans but our thoughts first and foremost are with the families of those who have lost their lives and the one who are still missing.

Suzuka was on lockdown on Saturday, which gave us ‘Super Sunday’. Qualifying was re-scheduled to take place at 10:00 with the race at 14:10. Ferrari got off to a blistering start and must have been feeling very pleased with themselves come lunchtime. Vettel was on pole ahead of teammate Leclerc. And yet somehow the Scuderia managed to turn a front row lockout into a 2nd and 7th place finish in the race.

So, what went wrong this time? Vettel inched forwards on the grid before the red lights went out. He escaped a penalty because not enough movement was detected by the sensor under his car, which meant the movement was deemed to be within the tolerances that the FIA allow for, but it forced Vettel to stop and then start again allowing Valterri Bottas to pass him and lead into the first corner. Seb admitted responsibility saying afterwards: “The lights were on for a long time but it was my mistake.”

Charles Leclerc got a marginally better start, but it still wasn’t good, and he found himself side by side with Max Verstappen as a result. Into Turn 2 the Ferrari slid and crashed into the side of the Red Bull, ending Verstappen’s race. Max didn’t mince his words when quizzed about the incident, saying: “I like hard racing, but I don’t think this was hard racing. This was just irresponsible driving into Turn 2.”

To his credit, Leclerc accepted he was at fault and tweeted after the race: ‘My mistake in Turn 1. It ruined Max’s race and put ourself in a bad position for the remaining of the race.’ The stewards agreed and handed Leclerc an initial 5-second penalty for the incident itself, which was followed by a 10-second penalty for not pitting at the end of the first lap to repair damage to his front wing. It’s possible Leclerc couldn’t see the damage to his car but his decision to stay out on track was dangerous and the punishment fully deserved. 15 seconds added to his time meant Leclerc dropped to seventh place, below Daniel Ricciardo, in the pecking order.

Don’t take anything away from Mercedes though. Whilst Ferrari were up to their usual dysfunctional selves, the Silver Arrows were like a well-oiled machine. Lewis Hamilton was unhappy with his race strategy, but they kept their heads down and ground out a double podium finish. Hamilton got the fastest lap and the 41-point haul was enough to clinch the Constructors Championship. Very well done to everyone involved with the team, both at the circuit and back home in Brackley.

Toto Wolff summarised his team’s sentiment, saying: “This sixth championship is a very special one and we dedicate it to Niki… Today, he probably would have said ‘congratulations for the sixth one, but you have a challenge on your hands for next year’. It was his way of making sure that we’re never complacent.”

Good advice, and if Ferrari can iron out all the unnecessary mistakes, they will be a huge threat to Mercedes dominance next year.

More immediately we move onto Mexico City in two weeks’ time. Lewis Hamilton will be keen to wrap up the Drivers’ Title but Autódromo Hermanos Rodríguez is prime hunting ground for Red Bull. Max Verstappen will be looking to put the disappointment of Suzuka firmly behind him and we expect a strong showing. Wouldn’t it be great if we see Alex Albon on the podium too!

If you would like the chance to experience the F1 Paddock Club at Japan in 2020, then Club Suite prices are currently held & can be booked for next years race.