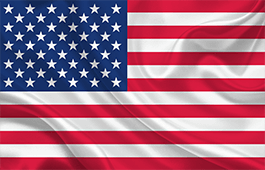 On Sunday Lewis Hamilton sealed his sixth world championship at the US Grand Prix in Austin. In doing so he became the most successful British F1 driver in history. He’s now just one title behind the all-time great Michael Schumacher. Would anyone bet against Hamilton equalling or even surpassing Schumacher’s record? Not us. After 83 race wins it’s clear to see the fire is still very much alive. Both Lewis, and the Mercedes team as a whole, approach each race as a new challenge. They are the consummate professionals and we expect more success in the future.

Lewis’ slightly cryptic post-race interview backed this up. He said: “I’m working on a masterpiece and I haven’t quite finished it yet, so I’m trying to understand. It takes a long time to master a craft and, whilst I feel like I am mastering it, there’s still more to master, still more to add to it, more pieces to the puzzle to add, more ups and downs along the way. But I feel like I’ve got the best tools now, up to this point at least.” To us this sounds like a man who is far from ready to stop now…

The Austin race itself wasn’t a classic. COTA is a circuit that was expected to favour Ferrari, but they seemed to struggle during the weekend. Conspiracy theorists have suggested this was due to a rule clarification issued by the FIA on Saturday morning, which prohibited teams from interfering with their mandatory fuel-flow meter to make it exceed the max fuel flow allowed. Incidentally it was Red Bull who raised these concerns. When asked why he thought Ferrari were off the pace, Max Verstappen said after the race: “Well that happens if you stop cheating.”

We should add at this point that there’s no firm evidence to back up Verstappen’s claims and Mattia Binotto has strenuously denied them, saying: “If we look at the race, certainly the speed on the straight was not our issue and we had clear problems with grip on the car on the first stint on both drivers… I feel the comments are completely wrong and it is not good for the sport and everybody should be a bit more cautious.”

Back to the action on track and Valterri Bottas deserves a special mention. The Finn drove his best race of the season. It was unfortunate for him that this coincided with the weekend that his teammate won the title. Bottas was gracious afterwards saying: “It’s a nice win, feels good. I’ve just felt very good since yesterday in the car and we had strong pace so very, very happy with the win. It was the only thing I could really focus on and do this weekend in terms of the championship. Obviously, it wasn’t enough, and Lewis got the title. Obviously big congrats to him. I personally failed on my target this year. There’s always next year but he deserves it. He had a strong season.”

Daniel Ricciardo also drove an excellent race to bring his Renault home in sixth place. He managed to make a one-stop strategy work, just, holding off Lando Norris’ McLaren by 0.398s at the line. Ricciardo is clearly enjoying life at the moment, saying afterwards: “It was fun… Good for the team, double points. That’s now back-to-back finally, two good weekends, so we have a successive result, which is nice.” Reliability has been Renault’s Achilles Heel over the past couple of years. Ricciardo is right to be pleased and let’s hope they have turned a corner on this front.

The F1 bandwagon rolls onto Interlagos in just over 1 weeks’ time. The title may be settled but there’s still plenty to play for. Racing Point (65 points) hold the narrowest of advantages over Toro Rosso (64 points) in the Constructors race. Try telling those guys it’s over!

If you would like the chance to experience the F1 Paddock Club at the United States in 2020, then Club Suite prices are currently held & can be booked for next years race.