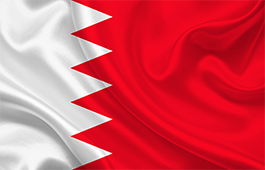 Daniel Ricciardo claimed missing out on pole was a “blessing in disguise” for George Russell. We’re not sure the same can be said about the race. Surely the young Brit would have won had it not been for a schoolboy error from his Mercedes pit crew, which was so uncharacteristic of them. It would have been a fairy-tale victory for the young Brit on his maiden drive for Mercedes but was sadly not to be.

Let’s step back to the start of the race though, as there was drama from the off. Russell made the perfect getaway, leading Valtteri Bottas into Turn 1. In behind Max Verstappen found himself under pressure from Sergio Perez but as the two cars went neck and neck into Turn 4, Charles Leclerc lunged up the inside and collided with Perez at the apex of the corner. The Dutchman swerved to avoid a further collision but ran across the gravel and he couldn’t stop his Red Bull sliding into the tyre barrier. Leclerc’s car came to rest next to him. Both drivers were out of the race.

Verstappen kicked the barrier in frustration as he climbed out of this car and he didn’t mince his words afterwards, saying: “I don’t know why they were being so aggressive and so reckless… I don’t really know why, especially Charles, in Turn 4, why he dives into the inside of that. Especially brake that late as well. What do you expect?”

A safety car period followed and who knows what sort of pressure George Russell was feeling as he led the field around. Once again, he did not fluff his lines and made a clean breakaway. The high-speed ‘outer track’ at Bahrain was clearly playing into Mercedes hands. They had the fastest car and it looked for all the world like the team would have an easy 1-2 as both drivers put distance between themselves and the chasing pack. The only team that seemed even close to matching the Silver Arrows for pace were Racing Point, whose car has previously been dubbed ‘The Pink Mercedes’…

So what happened? Well in Toto Wolff’s words: “Overall for us, it was just a colossal **** up”. Mercedes reacted very quickly to a safety car period about two thirds of the way through the race. With a healthy lead they called both drivers in for fresh tyres. The problem was one of the tyre crews did not hear the call due to a radio failure in the garage. Caught off guard and clearly in panic mode there was a mix up and they accidentally fitted Bottas’ front tyres to Russell’s car. Mercedes were subsequently handed a €20,000 fine for their part in this.

What we saw afterwards showed real strength of character from George Russell. He re-joined the race in fifth place but quickly battled his way up to second and was closing in on the race leader, Sergio Perez. Then in the cruellest of blows Russell suffered a puncture and was forced to stop again. Sometimes things are just not meant to be, in the end he finished the race in ninth place.

Mercedes loss was Racing Points gain and it was a maiden race victory for Sergio Perez. Checo was clearly emotional and said afterwards: “It’s still sinking in that I’ve won the race; I’m almost afraid to get too excited in case I’m dreaming! I’ve dreamed about this moment so many times. It’s taken 10 years to get to this point in Formula 1.” Perez is a fantastic talent, and it will be F1’s loss if he doesn’t get a drive next season.

Valterri Bottas will also be feeling uncomfortable. He has the drive with Mercedes next year but 2022 is looking far less certain. It is one thing to lose out to Lewis Hamilton but with a young rookie taking the drive, he was still made to look pedestrian. Bottas is not slow, so we have to conclude that George Russell is very, very quick. It looks like he has the backing of Toto Wolff too, who said: “It’s not going to be his last attempt to win a race, it’s just the beginning of a fairy-tale that didn’t work out today. I would say a new star is born.”