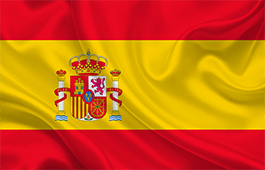 First of all, congratulations to Lewis Hamilton. The performance he put in at Circuit de Catalunya over the weekend was sensational. On Saturday he reached the remarkable milestone of 100 F1 career pole positions. On Sunday, despite losing the lead to Max Verstappen at the first corner, Hamilton and his Mercedes team did not panic and got their tactics absolutely spot on to claim a comfortable victory in the race.

Critics of Hamilton will argue that his dominance is boring. Lewis has now won the Spanish Grand Prix for the past five years, so his victory was hardly unpredictable, but this race was exciting and ultimately that is all that most fans want.

Red Bull had an afternoon they will want to forget. As we alluded to above, Max Verstappen, got them off to a perfect start and was soon in the lead. But teammate, Sergio Perez, was not around to offer support, having qualified in a lowly eighth place. Things then started to unravel as Verstappen pitted, perhaps a lap too early according to Christian Horner, and caught his team unaware. This meant Red Bull’s often sub-2-second stop was over 4 seconds this time around, which handed the initiative back to Mercedes.

The Silver Arrows seemed to have a clear race strategy marked out from the start and they decided that Lewis would do a two-stop race. What was surprising is that Red Bull opted not to cover off this move when they saw Hamilton pitting for another set of tyres on lap 42. “Could be Hungary 2019 all over again” said Gianpiero Lambiase, Verstappen’s race engineer, over the radio. Red Bull clearly knew they were in danger so why didn’t they react? We don’t know!

What this chain of events did was set the race up for a grandstand conclusion. Hamilton was 20+ seconds behind with 24 laps remaining. Reflecting on this afterwards he said: “It seemed so far, such a huge gap to close. I didn’t know if I would have enough pace at the end tyre-wise, but he will have even worse. So it was the perfect strategy.”

In the end closing this gap was comfortable for Hamilton, the only thing that really got in his way was his teammate, Valtteri Bottas. The Finn was told not to hold up Hamilton, but when Bottas got a glimpse of Hamilton in his rear mirror he decided not to move aside and made his teammate work for the overtake, costing him over a second in the process. Analysts have said that Bottas will escape punishment for this insubordination as Hamilton still went on to win the race, however, from looking at Toto Wolff’s face he did not seem impressed.

One thing that people are united on though is that Hamilton was at his very best this weekend. Damon Hill tweeted: “You do realise you are watching one of the most talented people to ever have walked the earth, don’t you? He really is a phenomenon. Can only watch on in awe.” High praise indeed.

Elsewhere in the race, both Charles Leclerc (P4) and Daniel Ricciardo (P6) had strong weekends. Are we starting to see some green shoots at Ferrari? Leclerc certainly seemed satisfied with his afternoon’s work, saying: “P4 was the best we could achieve. I am really happy though, because from the cockpit you can feel when you do a good job and that was the case today.”

Daniel Ricciardo has had a tricky start at McLaren but things seemed to slot into place in Barcelona. The Australian commented afterwards: “It was a good weekend. I would say the best weekend so far as a whole and I felt like I got the maximum out of the car today.”

It is still early days but looking at the Constructor Standings it seems Ferrari and McLaren will be battling it out for third place. Aston Martin on the other hand have been the disappointment of the season so far. They have just five points on the board after four races and it has widely been cited that the AMR21 is struggling due to the downforce cuts under the revised technical regulations for this year.

Next up is the Monaco Grand Prix in two weeks’ time. Whilst it may not please the bosses at Aston Martin going to another high downforce track, we can’t wait! This will be the first race that we have been able to host guests at a race weekend, since the 2020 Portuguese Grand Prix last October.

We still have some very last minute options available for Monaco Grand Prix, so if you’ve missed your live F1, please contact us on +44 207 107 1640 or email: f1@edgeglobalevents.com