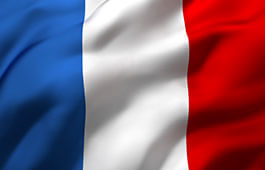 The French Grand Prix isn’t normally the most exciting of races. In the past, both drivers and fans alike have criticised the circuit due to it having few low-speed corners and ‘Carpark’ run off areas. Well that all changed this year. On Sunday we were treated to one of the most intense Grands Prix in recent memory. The leading teams were split between a one and two stop race strategy, and it was genuinely unclear who would come out on top in a race which went down to the wire.

First of all, let’s look at Qualifying. Since it returned to the calendar in 2018, Circuit Paul Ricard has been a Mercedes stronghold with Lewis Hamilton taking pole in each edition. It will therefore have surprised a few people in the Paddock that Max Verstappen was able to clinch top spot on the grid for this year’s race. This perhaps illustrates the improved performance of the Red Bull.

Come Sunday and the Dutchman may have been feeling the pressure with the two Mercedes of Lewis Hamilton and Valtteri Bottas breathing down his neck. Maybe that is why he made an uncharacteristic error and ran wide at Turn 2, handing Hamilton the lead. It was a costly mistake and Mercedes seemed to have the race under control leading through the first stint. They decided to pit Valterri Bottas (P3) on Lap 17, which forced a response from Red Bull who pitted Verstappen one lap latter. Everyone had expected Hamilton to pit on Lap 18 as well, but for reasons known only to Mercedes, they kept him out. At the time Lewis held a 3+ second lead and we guess the team felt it was safe to wait one more lap.

They were wrong! In theory Verstappen could not make up enough time to make the undercut pay off, but somehow with fresh tyres he did exactly that and cruised past Hamilton into Turn 1 as the Mercedes was coming out of the pit lane. Hamilton was clearly shocked, saying: over the radio: “I don’t know [how it happened]… Great pit stop. Have to go back and look at it. I was definitely down on my in-lap, my tyres were getting worse.”

Anger Lewis Hamilton at your peril, because what followed was a relentless assault by the world champion to try and regain the lead. He pushed really hard and for nine laps was within a second of the Red Bull. The plan was to make Verstappen wear out his tyres, and it worked when Max came over the radio to say that he couldn’t keep up that level of pace and make it to the end of the race.

In a move which Christian Horner described as a: “ballsy call”, Red Bull pitted Verstappen out of the lead on Lap 32. His team were effectively asking Max to recover 18 seconds in the 20 laps remaining. Was this possible? No-one really knew but it proved to be an inspired move as Verstappen hunted down his prey and then surged past Hamilton with a lap and a half to go to take victory.

When asked after the race why he didn’t defend harder to try and hold onto the lead Hamilton said it was “pointless” because Verstappen had the DRS open and “if he didn’t pass me there, he would have passed me on the straight afterwards, so it made zero difference.” He’s right of course, but Mercedes will feel dejected because this is a race which they should have won. It was a poor strategy call which ultimately ended up costing them and, with a resurgent Red Bull team, these are errors which they can ill afford. Red Bull now hold a healthy 37-point lead in the Constructors’ standings.

It would be amiss of us not to mention some of the other teams and it was McLaren who impressed most with a P5 & P6 finish. Yes, they don’t have the pace to compete with Red Bull and Mercedes, but crucially they amassed an 18-point haul, whilst their rivals Ferrari finished out of the points. Andreas Seidl was very pleased with the days work, saying: “This was another strong Sunday afternoon for our team, thanks to two strong drivers, a strong car in race trim and perfect race execution from the entire team.”

Fernando Alonso also drove an excellent race to finish in eighth place. In his new role with Alpine, Alonso has been largely inconspicuous so far this season, but perhaps we saw some of the old spark yesterday. The Spaniard was smiling afterwards, saying: “we executed the race how we wanted, so I am happy with the result today.” We expect to see him feature more prominently in future races as he gets to grips with the car.

There is no rest now as the F1 Roadshow moves on to Austria for a double-header over the next two weekends. Red Bull will fancy themselves at their home track and the outcome of these races may prove crucial in the title race.

We have a range of hospitality options available for the British Grand Prix (16-18 July). Places are selling fast, so if you would like to be our guests at Silverstone this year, please contact us on +44 207 107 1640 or email: f1@edgeglobalevents.com.