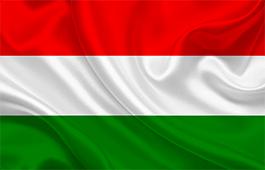 At least once a year the F1 gods give us a race that turns the form book upside down and is totally unpredictable in its outcome. That is what happened when a rain shower soaked the Hungaroring half an hour before racing on Sunday.

Lewis Hamilton was on pole and at ‘Lights Out’ he got away to a clean start. The same cannot be said for his teammate Valterri Bottas. The Finn was slowly away and, trying to make up ground, he misjudged his braking distance and slammed into the back of Lando Norris at the first corner. This created a ‘domino effect’ with the hapless Norris being catapulted into Max Verstappen. Meanwhile, Bottas collided with Sergio Perez. The impact was heavy and both drivers immediately retired from the race. Verstappen somehow managed to get his Red Bull back on track. Norris also limped back to the pits, but his McLaren was beyond repair.

The drama did not stop there however as further back in the field Lance Stroll attempted a pass on Charles Leclerc on the inside of turn 1. The Aston Martin driver badly misjudged the space available to him and crashed into the side of the Ferrari, who in turn sent the McLaren of Daniel Ricciardo into a spin. Stroll and Leclerc’s cars both sustained too much damage to continue. The Monegasque vented his frustration on Twitter shortly afterwards, describing the incident as a “bowling game”.

With debris strewn all over the track, nobody was surprised to see the red flag come out. Even the pit lane didn’t seem safe! Nikita Mazepin was forced to retire having been hit by Kimi Raikkonen as they stopped for slick tyres.

Come the restart and only 14 cars were left in the race. Despite their driver being at fault, Mercedes would have been rubbing their hands together. Lewis had kept the lead, whilst one Red Bull had retired and the other sustained serious damage. This was a gilt-edged opportunity for them to claw back some points. It didn’t work out as they planned though as Hamilton was the only driver not to pit for dry tyres, leaving the Mercedes as the solitary car on the grid with the remainder of the field starting from the pit lane.

When Hamilton did pit for dry tyres one lap latter and re-joined at the back of the field, the Silver Arrows looked rather foolish. Toto Wolff was quick to defend their decision, saying: “To be honest, I think we did absolutely the right thing… As a leading car it’s always difficult to take the decision and if you’re the only one pitting then you come out last… I think we could have gambled as a leading car and come in also with a disastrous outcome and if that happened people would have also said that we had [made] a mistake. That was the right decision.” For what it’s worth, we disagree. This was a huge mistake and it cost them the race.

For neutral fans though, what a spectacle this presented. Hamilton was last and Verstappen was toiling with damage to his car. In the lead we now had the Alpine of Esteban Ocon, being closely pursued by the Aston Martin of Sebastian Vettel, and that is how it stayed as the two drivers fought a cat and mouse battle to the end of the race. Vettel clearly had the faster car, but it is notoriously difficult to overtake around the Hungaroring and Ocon defended superbly to take his maiden F1 victory. The young Frenchman was delighted, saying afterwards: “Formula 1 Grand Prix winner, it’s unbelievable and it definitely has not sunk in yet. What a moment, allez les bleus!… A big thanks as well to everyone at Enstone and Viry – this is for you!” Huge congratulations to him and to everyone involved at Alpine.

Aston Martin may have felt that, albeit for a slow pit stop on lap 36, they would have won this race. That said they would surely have been overjoyed with a second-place finish. Sadly, this too was short lived because Sebastian Vettel was disqualified as officials were unable to take the mandatory one-litre sample of fuel from Vettel’s car after the race. The stewards commented that: “The team was given several opportunities to attempt to remove the required amount of fuel from the tank, however it was only possible to pump 0.3 litres out.” Team principal Otmar Szafnauer argued there was 1.44 litres left in the car, but that they were unable to extract that much. This could rumble on for weeks with appeals, but it is a huge blow for the team if the decision stands.

It’s also a blow for Red Bull as this meant Lewis Hamilton was promoted to second place and so now holds an 8 point lead over Max Verstappen. Who would have thought that possible when the Dutchman was 32 points clear just two races ago?

F1 now heads into a well-deserved summer break but will be back with the Belgian Grand Prix in 4 weeks’ time. It really does look like the title race could go down to the wire. If you’d like to attend a Grand Prix in the second half of the season, please contact us on +44 207 107 1640 or email: f1@edgeglobalevents.com