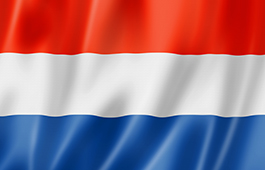 Toto Wolff has proclaimed Zandvoort as the blueprint design for future tracks, claiming the onboard footage makes you “pee in your pants”. Lewis Hamilton was equally impressed, tweeting on Sunday evening: “ZANDVOORT. What a circuit, what a race.”

But what did the fans think? It was difficult to spot anyone not wearing an orange shirt, and when local hero Max Verstappen came home in front, the reaction was euphoric. However, even before his victory there was a carnival like atmosphere. Warm weather and the seaside location helped, so we think it’s safe to say the 65,000 in attendance on Sunday will have enjoyed themselves!

This was an important weekend for F1. Racing in Holland for the first time in 36 years, they needed to showcase the sport in its best light… and that is exactly what they did. Well done to all involved in making it happen.

Let’s look at the racing now. Zandvoort is undoubtedly a great track to drive but what worries us slightly is the lack of overtaking opportunities. Don’t get us wrong, it was possible to make up ground, as Sergio Perez proved when he started from the pit lane and finished P8. The thing is though, Perez had the fastest car on the grid. Where performance levels were similarly matched, we watched drivers all afternoon struggling to make their moves stick.

Max Verstappen vs Lewis Hamilton is an obvious example. The margins were small, with Hamilton only just beaten to pole, and both cars having almost identical race pace, but the Mercedes was never able to lay down a serious challenge to the Red Bull. Lewis’ post-race assessment was fair when he said: “I was just trying to keep as close as possible but I tell you, he was fast today… They were on another level that I generally couldn’t answer really in most of those laps.”

Take nothing away from Red Bull. They got their tactics spot on, forcing Mercedes into a split race strategy, and giving them no real opportunities all afternoon. If you have the fastest car and the correct strategy, then you should win. But special credit must go to Verstappen for the part he played too. Max has been around for so long that people forget he is only 23 years old. Martin Brundle summed up the Dutchman’s performance well with a tweet saying: ‘If Max can stand the pressure of expectation from that amazing home crowd, and Lewis giving it absolutely everything in a works Merc, he really does have nerves of steel.’

Pierre Gasly also had a mighty race result coming home in fourth place. That is surely a better result than Alpha Tauri could have dreamed. The Frenchman said afterwards: “P4 is an amazing result today, I don’t think we could really hope for much better and it’s 12 important points for us. I really enjoyed all 72 laps here in Zandvoort, it’s a fantastic track.” This does, however, back up the theory that it is difficult to overtake here.

Race tactics from Mercedes during the final few laps also raised a few eyebrows. The team decided to pit both Valtteri Bottas (lap 67 of 72) and then Lewis Hamilton shortly afterwards for soft tyres, effectively throwing in the towel and gifting the race win to Red Bull. The Silver Arrows evidently saw more benefit in getting Hamilton a bonus point for fastest lap, but Bottas nearly ruined this by setting the fastest lap himself. Having gone purple through the first two sectors, Mercedes race strategist James Vowles came on the radio to tell Valtteri to “abort” his fastest lap attempt. Bottas did slow down, but not quickly enough, and so set the fastest lap anyway. As things turned out, Lewis was able to reclaim this honour, putting in his own flying effort on the final lap of the race.

When quizzed afterwards about what happened, Bottas said: “I was just playing around”. But, with an announcement expected imminently about his future, are we seeing tensions starting to run high at Mercedes? Nico Rosberg certainly thinks so. He may have ruffled a few feathers when in an interview with Sky Sports F1, he said:

“By the way, on George Russell, I’ve got a rumour… A certain streaming service [Netflix] was called into the office of Toto to film the signature… That’s the rumour that’s circulating in the paddock for George Russell.”

It may be the worst kept secret in Formula 1 anyway, but this is not something Bottas wants to hear.

This weekend F1 heads to Monza for the final leg of the European season. The Italian fans, like the Dutch, have an amazing passion for the sport. We never get tired of seeing the Tifosi flock to the circuit in their thousands. We’ll be there too and can’t wait to see if Max can extend his lead in the Championship or will Lewis be able to claw back some points at one of Mercedes favourite tracks?