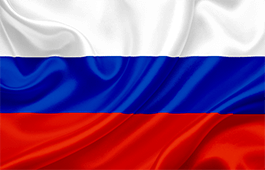 On Sunday afternoon in Sochi, Lewis Hamilton recorded his 100th Formula 1 race win. He’s in unchartered territory now. Never before has this been achieved, and we’re not sure if it will ever happen again. Huge congratulations to Lewis. And to the Mercedes team as a whole for making it possible.

For every winner there must be a loser and, in the context of the Russian Grand Prix, that person was Lando Norris. Heavy rain on Saturday resulted in FP3 being cancelled, leaving the teams and drivers with several unknowns at the start of Qualifying. At the start of the session the track was wet, but drying quickly, which prompted a move from intermediate tyres to slicks in Q3. Ultimately it was the young Brit who put together the fastest lap, earning his place at the front of the pack in also McLaren’s first pole position since 2012.

Come race day and we had a mixed-up grid order, thanks to an unpredictable Qualifying. The line-up was as follows: 1) Norris, 2) Sainz, 3) Russell, 4) Hamilton, 5) Ricciardo, 6) Alonso, 7) Stroll… One got the feeling that this could be anyone’s race. Except perhaps Max Verstappen who was starting at the back of the grid after taking a new Honda power unit for the race.

Interestingly, once the news about Verstappen broke, Mercedes announced that Valtteri Bottas would also be starting down in P16 due to a PU change. The cynics amongst us thought that this was a deliberate ploy to try and hold Max up at the back of the field. Surely Mercedes would never dream of doing such a thing? In the event, it didn’t make a bit of difference as Verstappen cruised past Bottas on the inside during lap 7. The Red Bull driver may have been surprised, as this was one of the easiest overtakes that he could have wished for.

At the business end, it was Carlos Sainz in front up until lap 14 when he surrendered the lead back to Lando Norris. The race then fell into a rhythmical pattern and McLaren looked to have got their tactics spot on as Lando controlled things from the front. His main threat, Lewis Hamilton, was held up in traffic and it seemed to take him an age to catch up.

On lap 35 Hamilton finally managed to pass Ferrari’s Charles Leclerc to take second place and set his sights firmly on the McLaren ahead of him. To his credit, Lando did not panic and defended well until mother nature played her hand… All afternoon the teams had been assessing the treat of rain and on lap 46 it materialised…

The rain was light at first but, with a thin film of water covering parts of the track, Sochi Autodrom turned into something akin to an ice rink. The cars were all tiptoeing around and the million-dollar question for the teams was should they stay out or pit for new tyres. The hapless Valterri Bottas gave Mercedes an advantage here. He was racing out of the points, which meant they had nothing to lose when pitting him with 6 laps to go. What this did provide though was the information they needed to make a call on Lewis Hamilton. The weather radar said heavier rain was coming and they called Hamilton into pit the lap after Bottas. The only thing is though… he refused!

Speaking after the race, Lewis explained his decision saying: “I only had three laps to catch up 24 seconds… So it was like ‘no way’.”

In the event, the rain then became a deluge, so Lewis conceded and pitted for fresh tyres on the following lap. This was the right call. Lando’s slick tyres were so unsuited by the conditions that he was like a rabbit in the headlights. The Mercedes ate up the deficit and, when the McLaren slid off the track, Hamilton was past him and driving towards his 100th victory. Lando did eventually pit, but much too late, and finished the race down in seventh place.

Whilst we are delighted for Lewis’ achievement, the final stages of this race were tough to watch. Neutral fans around the globe surely wanted to see Lando Norris win his first Grand Prix and the manner in which this was taken away seemed cruel. Having said that, this sport is about getting your tactics right, and that’s why Mercedes are the best at what they do.

A post-race exchange between Lando and Lewis was particularly telling, when they said:
Hamilton: “Lando…you didn’t want to come in?”
Norris: “No.”
Hamilton: “Me neither! I was like [Lando] is right there in front of me. And I guess you were looking in the mirrors thinking the exact same thing.”
Norris: “Yeah until then it was dry enough for slicks.“
Hamilton: “[It was wet] between Turn 5 and 7 right?”
Norris: “Yeah…which was tough, but [everywhere else] was dry. So our decision and what I got told was that the rain was just going to stay like that. Apparently what you got told was different…”
Hamilton: “Yeah, yeah, yeah. My team were…pretty great. I ignored the first call because I knew you were right there.”
Norris [smiling]: “Well I ignored them the whole time.”

The one thing which took the icing off the cake for Mercedes is that during the melee Max Verstappen somehow managed to steer his Red Bull up into second place. Having started at the back of the grid, that is an amazing achievement. The result, according to Christian Horner, “feels like a victory”. Whilst Lewis Hamilton described it as “mega damage limitation”.

The outcome has left the drivers’ championship on a knife edge. Lewis now leads Max by just two points. With seven rounds to go, everything is still to play for.

Another weekend off next week, before battle commences again in Istanbul for the Turkish Grand Prix in two weeks’ time.