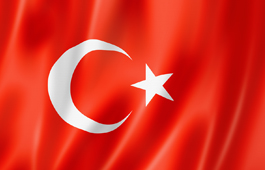 Congratulations to Valterri Bottas. He has become somewhat F1’s forgotten man as the title challenge swings between Max and Lewis. But on Sunday he put in a flawless display to claim his 10th Grand Prix victory. Very well done.

During the build up to the race, the Turkish GP had the hallmarks of being a classic. It was a grey and drizzly day at Istanbul Park. The track was wet at the start, but with the potential for drying conditions, the teams could have to make some serious strategy calls.

We’ve had our fair share of rain affected races this season and maybe the drivers are getting used to it. There wasn’t the usual chaos at the start of this Grand Prix. Pierre Gasly tagged Fernando Alonso at the first corner and sent him spinning to the back of the pack, but aside from that it was a clean getaway. More surprising still, all 20 cars finished the race.

The problem was though this race never really got going. All drivers were on intermediate tyres, which were adapt for the conditions but also seemed to last forever. Charles Leclerc may disagree with us here as he tried, and failed, to hold the lead using a set of old inters before losing out to Valtteri Bottas and being forced to pit on lap 47. That incident aside though, the track was never dry enough for slicks. So Bottas and Verstappen got their tactics right in opting for a one-stop strategy and switching to fresh inters with around 20 laps to go.

Sebastian Vettel can be commended for his bold decision to try a set of slick tyres, but it was a disastrous call. The Aston Martin looked more like Bambi on Ice than an F1 racing car for its solitary lap on this compound. In truth, Vettel did well to get the car back to his garage, such was the lack of control. The German also accepted responsibility, saying about the call: “In the end I made the decision, I wanted to try to go for it.”

Another driver bemoaning his team’s strategy after the race was Lewis Hamilton. The Briton started P11 on the grid following Mercedes decision to take a fourth engine of the season, due to reliability concerns. Lewis drove a solid race, not rushing overtakes but slowly and surely gaining places through the field. With 15 laps to go, Hamilton was in P4 and must have sensed the chance of a podium finish when he overruled team instructions to pit.

The difference of opinion between team and driver here was obvious. Mercedes wanted to pit and guarantee the points they would get from a fifth-place finish, maybe even higher. Doing this meant no risk of the tyres falling off completely, or exploding, which could have resulted in a DNF. Hamilton wanted to stay out and go for glory. He thought his tyres would hold out and, with the track drying all the time, there was a chance that everyone would have to stop for dry tyres anyway.

This argument went on an on but eventually Hamilton conceded and pitted from third place on Lap 50. He re-joined the race down in P5 and quickly closed in on Charles Leclerc (P4) before dropping back again. Lewis was clearly annoyed and didn’t mince his words over the radio, saying: “We shouldn’t have come in… Massive graining man. I told you.”

Much as we love exciting racing and dramatic finishes, we think Mercedes made the right call. The last driver to complete a Grand Prix without changing tyres was Miko Salo racing for Tyrrell back at Monaco in 1997. Mercedes would have known this and concluded that it was an unacceptable risk to take. Chief engineer Andrew Shovlin summed things up well, saying: “The decisions were sensible and, in a championship battle, there is a point where you have to stop taking risks and cut your losses and, although these decisions are difficult, you have to be strong and you have to take them.”

So where does this leave things in the Drivers’ Standings? Red Bull had a good afternoon with a double podium finish. Max Verstappen was P2, which means he now has a 6-point lead over Lewis Hamilton in the title fight. Christian Horner was pleased with the result but emphasised how close things are in his post-race interview, saying: “The next race in Austin has been a Hamilton strong hold so we are going to have to be at the very top of our game, it’s great to be in this fight and the whole team is really enjoying it.”

We are enjoying it too and will be there at COTA in two weeks’ time to see exactly how that battle pans out. This will be our first visit to Texas for a couple of years now and we’re very much looking forward to it!

Hospitality options at all six remaining 2021 F1 races are limited now, with many being sold out. We do still have some great packages available though, especially for the F1 season finale in Abu Dhabi. If you’d like to be there to see a race weekend live, please call us on +44 (0)207 107 1640 or email us at f1@edgeglobalevents.com