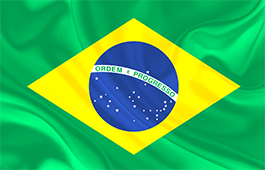 “One of the best drives I’ve ever seen in Formula 1 – by anyone. Utterly awesome.” That was Damon Hill’s assessment of Lewis Hamilton’s performance in the Sao Paulo Grand Prix. Few people would argue.

Proceedings at Interlagos started off just as Mercedes would have planned. As one of the three ‘Sprint’ races on the 2021 calendar, Qualifying took place on Friday night. This didn’t seem to bother Hamilton who looked imperious and aced Q3 finishing more than four tenths ahead of title rival Max Verstappen.

But it was events off the track which then took a turn for the worse. As the drivers emerged from their cars, Verstappen seemed to be fixated by Hamilton’s rear wing. Indeed, he was later fined €50,000 by race stewards for examining and touching it in Parc Ferme. Crucially though, the Red Bull driver was not handed a grid penalty.

Verstappen must have smelt a rat as Hamilton was subsequently disqualified from Qualifying for a rear-wing rule infringement. He was allowed to take part in the Sprint at the stewards’ discretion but started in P20. In addition to this, the Mercedes driver would be forced to drop 5 grid places for the Grand Prix itself for taking on a new Internal Combustion Engine after exceeding his allocation.

Not ideal then, especially as Mercedes performance on Friday had looked so promising. Hamilton later admitted he was “devastated” by the steward’s verdict. He didn’t let it show on track though, scything through the field and making up an impressive 15 places to finish just two seconds off the Sprint podium.

The Grand Prix itself presented the Silver Arrows with a fresh set of challenges. Despite their obvious pace, a win for Hamilton seemed unlikely with him starting down in tenth place (due to ICE grid penalty). Nobody passed this memo onto Lewis though and he was up to P6 by the end of Lap 1. After three laps Hamilton was closing in on his teammate Valtteri Bottas, who was ordered to let him past, thus leaving Lewis in P3 with only the two Red Bulls ahead.

Checo was Lewis’ next victim. The Mexican defended as best he could, but the straight-line speed of the Mercedes proved too much, and Hamilton powered past him at Turn 1 on Lap 19. Now into second place, only Max Verstappen stood between him and victory.

What followed was an enthralling contest. Both teams opted for double pit stops, thus leaving their drivers to fight it out over the remaining 27 laps. Soon enough Hamilton had closed the gap, but could he overtake? On his first attempt to pass around the outside, Verstappen seemed to force the Mercedes wide and both cars left the track. The stewards looked at it but deemed no investigation was necessary. The air in the Mercedes garage would have been blue.

Hamilton did the sensible thing and backed off enough to preserve his tyres for a few laps, but by Lap 59 the Mercedes was once again on the tail of the Red Bull. Try as he might, Verstappen couldn’t hold him off any longer and Hamilton used his superior speed to squeeze past on the inside to take the lead. Once in front, he was never going to slow down, winning the race by a 10s margin in the end. Take nothing away from Hamilton. This was one of the best, if not THE best, drive of his career. That didn’t stop the stewards from having another go at him though, this time handing Lewis a €25,000 fine for undoing his safety belt on the warm-down lap.

Toto Wolff was pleased with the result but blunt in his post-race assessment, saying: “I think we’ve just had many, many punches in the face this weekend… Decisions that could have swung either side against us or for us. It’s something that I’m just angry about and I will defend my team, my drivers to what comes. I’ve always been very diplomatic in how I discuss things, but diplomacy has ended today.”

Red Bull will be aware that their car was second best this weekend. Christian Horner said afterwards: “To come away with second and fourth today, plus the fastest lap was damage limitation this weekend. We scored 20 points for Max this weekend versus their 25 for Lewis in the Drivers’ Championship, so we’ll take that… We’ve got some catching up to do this week. There’s a lot of racing still to go, so we’ll brush ourselves down and come back fighting in Doha.”

Mercedes may be feeling hard done by, but neutral fans around the globe will be rubbing their hands together. This is the closest F1 Drivers’ Championship we’ve had for years. Verstappen holds a 14-point lead, with 3 races to go, but those races are at circuits which could potentially favour Mercedes. Who will win? We don’t know but it looks to be going down to the wire.

We still have F1 Paddock Club and W Hotel Suite Hospitality passes available for the final race of the year in Abu Dhabi. If you’d like to join us at Yas Marina Circuit this year, please call us on +44 (0)207 107 1640 or email us at f1@edgeglobalevents.com