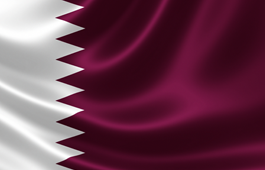 A triple header, late into the season and spread across 3 continents, was a huge ask for all the teams and drivers. However, Lewis Hamilton was showing no signs of fatigue. His determination to defend his title saw him put in a relentless performance in Qatar, which culminated in a dominant victory in the race.

As you may have guessed, it was Max Verstappen who chased Hamilton home. This time around though the Red Bull was definitely second best, finishing 25 seconds behind the Mercedes.

To tell the truth, Max lost this race on Saturday after the stewards ruled that he had failed to respect double waved yellow flags, following Pierre Gasly’s puncture during the third Qualifying session. Verstappen was handed a 5-place grid penalty, meaning he would start the race in seventh. Try as he might, it was an impossible task to peg back the Mercedes from there. The best Red Bull could hope for was second place, and that’s what Verstappen delivered. To put into context how far clear the pair were – Fernando Alonso claimed the final spot on the podium with a time that was nearly a full minute behind Lewis.

Of course, being nearly a minute behind didn’t take the smile of Fernando’s face. The Spaniard has endured a 7-year wait (105 races) to get back on the rostrum and he was delighted. Alonso, who has admitted to privately wondering if he would ever finish on the F1 podium again, said afterwards: “It felt fantastic today and to be back on the podium was so good. We deserved this result as a team and I’ve had to wait seven years since my last one. Hopefully we don’t need to wait this long again!” This was a red-letter day for Alpine, with Esteban Ocon also scoring highly in P5. They should be proud of their efforts.

We haven’t seen tyre issues in F1 for quite a while now, but the problem reared its head again at Losail as first Bottas, then Russell and then Latifi all suffered front-left punctures. Two may have been a coincidence, three was not. Pirelli boss Mario Isola suggested the problem could be down to the teams running longer stints, saying: “For sure, we had a few teams trying a one-stop strategy, because here it’s difficult to overtake, they didn’t want to lose time in the pit.” Isola suggested that these tactics had put too much stain on the tyres. He was, however, at a loss to explain why just the front-left had failed. This is something which needs to be investigated before F1 returns to Qatar in 2023.

Back to the racing and Lance Stroll deserves a mention. We haven’t always been his biggest fans but the Canadian put in a solid display to bring his Aston Martin home in P6. His efforts didn’t go unnoticed by Otmar Szafnauer, who commented: “That was a complex race from a technical point of view, and I want to pay tribute to two brilliant drives, particularly by Lance, who managed tyre wear and pressure from the Ferraris superbly to finish sixth under intense racing throughout all 57 laps. He was the star of our race today.”

But the most exciting thing about yesterday’s race was the result, as it means the Drivers’ Championship now hangs on a knife edge. Verstappen has an 8-point lead, but Hamilton has all the momentum coming off the back of two race wins. Whose shoes would we rather be in? Probably Mercedes, but only just.

Toto Wolff is sounding confident. When asked if their car was better now than it had been all season, he replied: “Yes, definitely… The car is quick on the straight and good in the corners. Lewis is totally in the zone, the lion got woken up at Interlagos. Saudi Arabia should be a good track for us. If everybody finishes the race, [the Championship] is going to go to Abu Dhabi.”

We certainly hope so! Paddock Club is officially sold out at Yas Marina Circuit now, but we still have a limited number of 3-day Club Suite passes available. We also have the last few places in our W Hotel Suite. Both options will make for a fantastic experience at the 2021 F1 season finale. If you’d like to join us at Yas Marina Circuit for the final race of the year, please call us on +44 (0)207 107 1640 or email us at f1@edgeglobalevents.com

The Qatar grand prix will take a rest for the 2022 season because they are hosting the world cup, but will be back for the 2023 season.