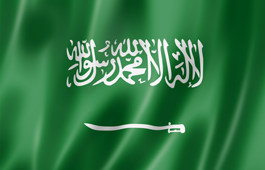 A week ago, it looked like the Jeddah Corniche Circuit may not be ready at all. They were still bolting in kerbs and sweeping dust from the track on Friday morning before Practice. But come nightfall, and the track looked magnificent. This was an incredible achievement for all involved.

It may have been sparkling under the lights, but make no mistake, Jeddah Corniche Circuit is brutal. The F2 race was suspended after a start line shunt and one got the feeling that something similar might happen during the main event. Nothing could prepare us for what transpired though. The first ever Saudi Arabian GP will live long in the memory as one of the most dramatic events in years. The race was red flagged twice, featured three standing starts, and had an amazing series of clashes between the two title protagonists, Lewis Hamilton & Max Verstappen.

So much happened during this Grand Prix it’s hard to recount everything in a short blog. The key points though are this: Lewis Hamilton won, even though he crashed into the back of the Red Bull at one point during the race. Any other result would have been unjust. Verstappen’s driving was at times questionable, to say the least. The stewards felt the same, handing the Dutchman a total of 15 seconds worth of time penalties for his performance. Crucially though, this was not enough to stop Verstappen from finishing in second place. This was a dream result for neutral fans as it means the two drivers are now level on points going into a final showdown in Abu Dhabi.

How did it all end up like this? Let’s back track to the first major incident of the race, when Mick Schumacher lost control of his Haas and slammed into the barriers at Turn 22. Mercedes looked in control at the time, with Hamilton leading from teammate Valtteri Bottas. The Silver Arrows, sensibly, decided to pit both drivers for fresh tyres under a safety car. Red Bull, equally sensibly, kept Verstappen out as they needed a different race strategy to have any chance of winning. Luck was on Red Bull’s side because shortly afterwards the race was stopped to repair the barriers. The rules allow drivers to change tyres under a red flag and this was a huge boost to Verstappen’s chances.

The first standing restart went Hamilton’s way with his Mercedes quickest off the line, but Verstappen re-passed him by going off the track at the left/right chicane. Lewis had no time to react as the race was immediately stopped again due to two more crashes towards the rear of the field. The most frightening incident of the race occurred here as Nikita Mazepin smashed into the back of George Russell’s slow-moving Williams. Both drivers walked away unscathed, but this could have been nasty.

Things got even more bizarre when the cars returned to the pit lane and fans were played radio commentary of Red Bull negotiating with Michael Masi over what position Max Verstappen should be in for the restart. Eventually the team agreed that he would be third behind Esteban Ocon and Lewis Hamilton. We have never seen this before, but it would seem in such circumstances the race director has special dispensation to find a solution which all parties are happy with, without involving the stewards.

Come the third restart, and this time it was Hamilton who was caught napping. He drifted towards Esteban Ocon in the centre of the track, leaving the door wide open for Verstappen to pass on the inside and lead the race. Hamilton quickly regained his composure and passed Ocon a few moments later to close in on his rival. It was obvious to everyone that the Mercedes was the faster of the two cars and it seemed a matter of when, not if, Lewis would get him.

Lap 37 was when things really kicked off. Lewis tried to pass Max on the outside of Turn 1 and was just ahead, but the Red Bull driver refused to yield and forced them both off the track. Verstappen emerged still in first place but was told by Michael Masi to hand the position back. It took a while for this to sink in and Verstappen remained in the middle of the track but he did slow down, very abruptly as is happens, causing Hamilton to run into the back of his car and damage the Mercedes front wing in the process.

“He just brake-tested me” shouted Lewis over the radio. For what it’s worth, we agree. This has been the most competitive F1 season in recent memory and it is brilliant to see two drivers so dedicated to their cause, but there comes a point where you can overstep the mark, which is what Max did here.

It takes a special kind of person to be an F1 driver though and even in his post-race interview, Verstappen did not believe he had done anything wrong. He said: “There was definitely a lot of action today, a lot of things happened. I was told to give the position back, so I moved off the racing line and slowed down, Lewis just stayed behind me, I don’t understand why he didn’t pass. I don’t agree with the five-second penalty, but it is what it is and we’ll just move on.”

Move on we will, to Abu Dhabi this coming weekend. Lewis & Max are now tied on 369.5 points each, so we it will be a ‘winner takes all’ showdown at Yas Marina Circuit. We will be in Abu Dhabi from Tuesday, and we can’t wait to see how things pan out.

Paddock Club is officially sold out in Abu Dhabi now, but we still have a limited number of 3-day Club Suite passes available. We also have the last few places in our W Hotel Suite. Plus, we have a small number of rooms available staying at Yas Island hotels. If you’d like to join us at Yas Marina Circuit to see it all happen live, please call us on +44 (0)207 107 1640 or email us at f1@edgeglobalevents.com.