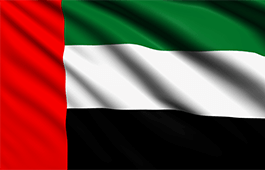 Was it a hollow victory? Yes. When the dust settles even Red Bull may find themselves troubled by the way in which events unfolded, which is a real shame because the team themselves do not deserve to be criticised for their part in proceedings.

As the race unfolded, Red Bull could see the Championship slipping away, so they gambled and took a different strategy to Mercedes. It was a longshot, but what happened next was nothing short of extraordinary. Race director Michael Masi certainly has some explaining to do. The way he handled the situation was bizarre to say the least.

“Max is an absolutely fantastic driver who has had an incredible season and I have nothing but huge respect for him, but what just happened is absolutely unacceptable. I cannot believe what we’ve just seen.”

He’s right. Formula 1 has been accused of being boring in the past and bosses are desperate to make the sport appeal to a wider audience, but do we need drama at all costs? It seems to us that FIA changed the rules during Sunday’s race to sensationalise the result. It has left a sour taste after what has been a sensational season.

But let’s backtrack – how did we get into this situation in the first place?

Mercedes had been in complete control of the race. Hamilton got off to a flyer and lead Verstappen into Turn 1. On Lap 2, Max made a lunge down the inside at Turn 7. The gap was there, and he was marginally ahead of the Mercedes, but it forced Hamilton wide into the corner. Lewis backed out and took the escape route across the runoff area instead. By cutting the corner he re-joined the track even further ahead of his opponent. Should he give the place back? Not according to the stewards who said: “no investigation necessary.”

This was an early blow for Red Bull and shaped the remainder of the race. Mercedes were on ‘Plan A’ with their preferred tyre choice and Hamilton stretching his lead. Verstappen pitted for hard tyres on Lap 14, but it made no real difference as Mercedes simply followed suit with Hamilton on Lap 15. Throughout the afternoon we watched a game of ‘cat and mouse’, but it was clear that Mercedes had the superior setup. It looked to be a case of by how far Hamilton win would.

An important side note now because, sadly, Kimi Raikkonen was forced to retire his Alpha Romeo on Lap 28. This was not the ending that anyone wanted for him. But what a career! It says it all that the Finn was awarded ‘Driver of the Day’ with a huge 42.8% of the vote. We wish you well Kimi.

Things then started to get interesting when Antonio Giovinazzi stopped out on track on Lap 36 due to a mechanical issue. Innocuous enough, but this prompted a VSC period. Verstappen took advantage of a ‘cheap’ pit stop and switched to a fresh set of tyres. Mercedes decided not to copy, believing instead that track position was more important.

“Bit of a risk leaving me out, no?” asked Hamilton over the radio on Lap 40.

The tension in Lewis’ voice was clear and for a few laps it was squeaky bum time at Mercedes. Had they misjudged it?

The answer is no. A few laps later and Verstappen’s progress started to slow. As it transpired, he was suffering from as much tyre degradation as the car he was chasing. Come Lap 49 and Red Bull had pretty much thrown in the towel. Christian Horner was gracious enough to talk to race commentators from the pit wall and said simply that Max “Needs a miracle.”

Christmas is a time for miracles though, isn’t it? On Lap 54 Nicholas Latifi clipped a kerb, lost control of his Williams and collided heavily into the barriers at Turn 14. With debris strewn all over the track it was inevitable the safety car had to come out.

Red Bull rolled the dice. With nothing to lose they put Verstappen on soft tyres. Hamilton stayed out, again. Mercedes still adamant that track position was key.

It looked likely that race would end under the safety car as the marshal’s scrambled to get the track clear. But on Lap 57/58 things got really confusing with a message from Michael Masi saying: “Lapped cars will not be allowed to overtake the safety car” followed by the message to just the five cars between Lewis and Max being told to pass. Anyone who can enlighten us as to the thinking here, answers on a postcard please.

The way we see it is F1 bosses wanted a finish that would create as much drama as possible. They effectively gifted Verstappen the title because when the race restarted, he was in P2 on a brand-new set of soft tyres against Hamilton in P1 who had well worn hard tyres. It was the equivalent of racing a Ferrari against a Ford Fiesta.

Verstappen won the race of course, and in doing so the Drivers’ Title (subject to any further Mercedes appeals). The problem though is that Max is a racer at heart and deep down he will know he didn’t deserve to win the race on Sunday. Something like that can eat away at you.

After an epic season the drivers and teams all deserve a well-earned rest. What we all hope is that Lewis and Max recoup over the winter and then come back as strong as ever in 2022. Mercedes are feeling aggrieved and will want to do their talking on the track. Red Bull have a title to defend, and they need to prove that it was not a fluke.

In the meantime, we’d like to wish all our clients, colleagues, and friends all the best for Christmas & the New Year.