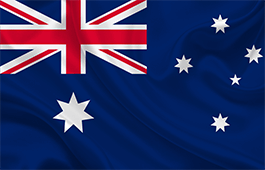 Our very own Tim Chambers was hosting in Melbourne this year. This is the first time that Tim has been able to return to his homeland since before the pandemic, and what an occasion it was! 419,114 fans entered the gates at Albert Park over the course of the weekend, eclipsing the previous record attendance of 401,000 (set way back in 1996 at the first F1 event ever held in Melbourne).

It’s clear to see the Aussie’s still love their motorsport and fans were treated to a thrilling Grand Prix with two safety cars and plenty of overtaking throughout the field. But what’s even clearer is that Ferrari are a force to be reckoned with this season. Charles Leclerc took a dominant victory in the race and is already 38 points of his nearest rival in the Drivers’ standings.

By their own admission, Mercedes have had a troubled start to the season, and so it’s remarkable that George Russell is Leclerc’s closest pursuer. This tells its own story because a technical failure caused Max Verstappen’s race to end early. Two DNFs in three races is not what anyone needs when they are trying to defend a Drivers’ title. The point was not lost on Verstappen who said afterwards: “It’s of course very disappointing to not finish today’s race, I don’t really know what happened to the car yet, we’ll take it back to the factory and regroup. I already knew there was a possibility ahead of the race that we might not finish but I tried not to think about it. This is not what you need when you want to fight for the Championship.”

Verstappen may feel disheartened right now but if Red Bull can get to grips with their reliability issues, then the car should have the pace to challenge. Mercedes are not in such a good position. At the moment they are a distinct third best. Toto Wolff acknowledged their shortcomings, saying: “We are leaving Melbourne in a better state than when we arrived– more lessons learned, more data to analyse and more points on the board. Clearly we haven’t got the pace yet to challenge Ferrari and Red Bull but we know where we need to seek performance.”

We were worried for McLaren after a dismal showing in Bahrain, but they seem much better placed now we are three races in. Lando Norris drove well for a fifth-place finish with his teammate, and local hero, Daniel Ricciardo just behind him in sixth. Albert Park has not been a happy hunting ground for Ricciardo in the past and he summed up his own and McLaren’s feelings by saying: “We leave Melbourne in good spirits, which feels nice as it’s probably been four years since I left here in good spirits.”

The hard luck story of the weekend must go to Fernando Alonso. “I’m speechless” was the Spaniard’s summary of how events panned out to leave him with a 17th place finish. Things started to go wrong during Qualifying. Alonso was on an unbelievably quick lap, and on course to challenge Charles Leclerc for provisional pole, when his Alpine spun at Turn 11. Not Fernando’s fault at all, the car had developed a hydraulic issue. Sunday’s race didn’t go much better. A points finish looked on the cards, but an untimely safety car ruined the team’s hard tyre strategy. To rub salt in the wound, Alonso was then forced to stop again due to tyre blistering and that is what dropped him down to such a lowly finishing position.

One man’s loss is another man’s gain as they say, and it was Valtteri Bottas who was in the thick of things from the word go. The track layout here seems to suit the Finn and he put in some great moves to climb his Alfa Romeo up to an eighth-place finish. Bottas was pleased with his work, saying afterwards: “I really enjoyed the race today, it was a good performance with close racing and battles from beginning to end.”

But the star of the show was Charles Leclerc. Voted ‘Driver of the Day’, and deservedly so, he did not put a foot wrong all weekend. Ferrari seem to have a great package this year, but you need a driver with raw talent and a cool head to translate this into race victories, and that is exactly what they’ve got in the young Monégasque. No doubt Max Verstappen will come back at him strongly in the next few rounds, but Leclerc has the right temperament to deal with such pressure.

Ferrari must be rubbing their hands together with how the first few races have played out. Next stop it’s a home race with a visit to Imola for the Emilia Romagna Grand Prix. Fans from around the globe will be tuning in for another action-packed weekend. Better than watching on TV though is to see it in the flesh. If you would like to join us at a race later this year, please call +44 (0)207 107 1640 or email f1@edgeglobalevents.com.